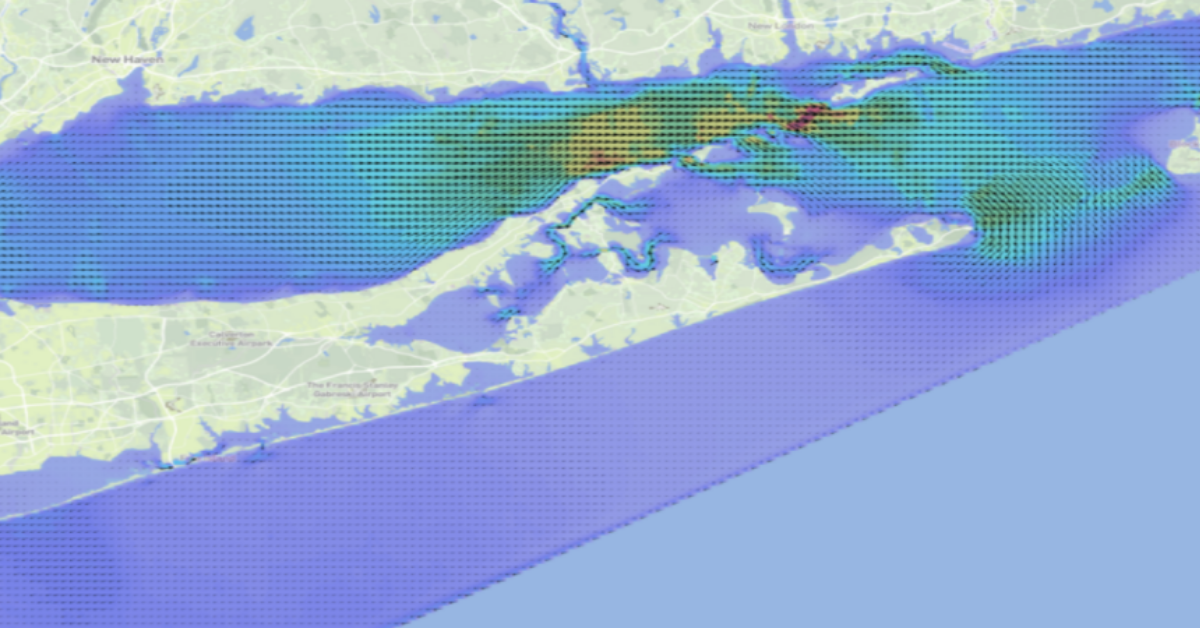 At approximately 110 miles long, with a large population base on its' shores and abundant natural beauty, Long Island Sound is one of the busiest waterways in the United States. As you can see from the image below most vessels navigating the Sound are recreational, although there are also numerous passenger vessels and fishing traffic. 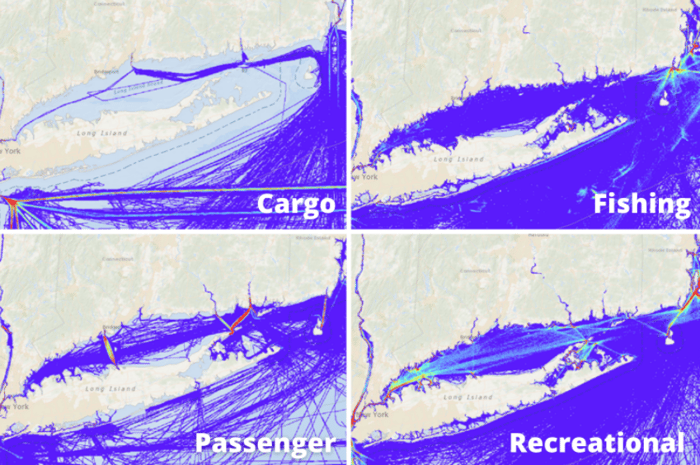 The tidal currents in this area are significant with speeds up to five knots in places. As a consequence, navigation in and around the many narrow channels, islands and bays can be complex and challenging.

Despite the large marine traffic volumes and the significant tides, mariners have largely relied on local knowledge and basic information of high and low waters. Inhibiting the development of detailed tidal current information has been the lack of quality bathymetric datasets – due to the difficulty of measuring the depth in very shallow water by boat with sonar.

Fortunately, advances in technology have solved this problem and now bathymetric measurements in intertidal locations are made from the air by overflying the area in a light plane equipped with LIDAR.

For our new model several high quality bathymetric sources from NOAA were harmonised, merged and resampled to a 0.001 degree (110m) resolution grid. This is used as one of the inputs to our modelling system which runs on our High-Performance Computers.

In this post we've included short videos for some of the busiest areas in and around the sound so you can look in detail at the tidal currents in each region and get a better understanding of what to expect. Rest assured we have your area covered as the model extends from New York City in the west to the Rhode Island Massachusetts State border in the east including Narragansett Bay.

As we’ve mentioned, previously there has been scant information on tidal currents in this region with mariners replying on local knowledge. This model gives every mariner on Long Island Sound their own local knowledge database at their fingertips.

Long Island Sound has a rich heritage of yacht racing, and having a detailed knowledge of the region including which side of the course is favoured and where tidal currents are powerful could make all the difference between a podium finish or not. Cruising sailors can use this knowledge to enjoy a more efficient and safer voyage to their favourite anchorage.

Tidetech’s new 110m high-resolution 30 minute forecast tidal model of the region will help unravel these complexities and provide greater opportunities for all recreational marine users to make the most of their time on the water, whether it’s competing in sailboat races or catching more fish.

Areas of Interest in the Long Island Sound

If you are interested in checking out our global Tidemap for yourself, click the banner below to get full access on a free trial now. Or if you have any specific questions, contact us here.